Macaws are colorful, intelligent, and long-lived birds. But despite their popularity as pet parrots, they have some unique needs that many people may not be aware of. Macaws are social creatures who form strong bonds with humans and other animals in the household. They crave attention from their human companions and will often take part in activities like watching TV or playing video games while perched on their owner’s shoulder or arm.

But, do macaws mate for life? The answer to this question is not a simple yes or no answer. Macaws are monogamous, but it’s possible that they will find another mate in the event of their partner’s death.

Macaws are monogamous. However, they may also leave one mate for another if they are unhappy with them. For instance, if a macaw is neglected by their partner for too long, they may leave and attempt to find another mate. Likewise, if the two birds are not compatible with each other, they may also separate and seek new partners.

How Long Do Macaw Relationships Last?

There is some evidence that macaw pairs can stay together for up to 20 years. It is difficult to tell, however, since macaws often spend a significant amount of time on their own. Some macaw couples spend several hours each day apart foraging for food or socializing with other parrot species.

Macaw pairs that have bonded strongly will engage in mating rituals that build up the strength of their relationship. These rituals involve heightening the bird’s arousal, which in turn increases its sexual desire.

What Are Some Signs of a Happy Macaw Couple?

The best way to see if your macaws are compatible is to observe them closely as they interact with one another. Macaws engage in courtship behavior that can sometimes be quite rambunctious.

Both the male and female macaw will preen, play fight, show off their wingspan and perform displays that often resemble mating behavior.

Some couples groom each other’s feathers as a sign of affection and dominance hierarchy.

It is generally not recommended for pet owners to breed their macaws. The process of breeding parrots requires an immense amount of time, energy, and resources.

These precious birds can live a long time and require a lot of maintenance as they grow up. When choosing a pet Macaw, it’s important that you consider how much time you have available to devote to its care on a daily basis.

How Many Eggs Do Female Macaws Lay And How Often?

Female macaws typically lay two eggs but can lay more depending on the age of the bird. Around the world, it’s estimated that most wild macaws will only successfully raise one chick per year.

You should also know that female macaw are fertile for only a very short window of time every year – this is usually around just five days. The incubation of the eggs takes several months, and both parents will play an active role in balancing the temperature of the nest as well as feeding the chicks.

What Are Some Differences Between Male And Female Macaws?

Male macaws are larger than female macaws, and this is particularly true for their beaks. Males also have breast feathers and a spike at the end of their tails, while females have smaller beaks and no breast feathers.

Female macaws tend to be slightly lighter in color than male macaws. Their crest is usually more ruffled as well.

Male macaws are often much more aggressive towards their human counterparts and other animals, though some females can display this type of behavior too.

Male macaws are often much more aggressive towards their human counterparts and other animals, though some females can display this type of behavior too. For a Macaw to have sex, both partners need to have the correct hormonal balance and be accepting each other.

The alpha female often gets the best attention from males as she is generally the one who has the most dominant personality. In order for this alpha female to have sex, she needs to put her wings over the male’s back and enticingly hold out her tail feathers.

Often times it will take a few days for an alpha female to find the right mate, or alpha male.

If Your Macaws Mate Dies

The death of a mate automatically puts the survivor macaw into an agitated state.

They may start to vocalize at various levels and in many different types of patterns, they may also try to preen furiously when there is no need for it, or engage in repetitive behaviors like swinging their head from side to side.

Sometimes these agitated episodes can last from hours to weeks, but eventually they will calm down and return to normalcy.

Sometimes these episodes of agitation can be related solely with the death or departure of a mate without any other stress piled on top. Often though, this is not the case.

A macaw experiences stress reversibly as either physiological arousal (hyperexcitability) and psychological anguish (depression), while they may also experience a combination of both. As stress increases, their behaviors and conditions tend to worsen; but as it decreases, so does their overall behavior.

Physical Signs Of Stress In Macaws

There are physical signs that your Macaw is under immense amounts of psychological or physiological stress. You may notice erratic change in their sleep and eating patterns, decreased interest in interacting with you as well as other animals or people, and they may also become less vocal.

You may also notice them becoming hyperactive and more aggressive than usual.

Physical signs that a macaw is under serious amounts of stress include: loss of appetite, increased heart rate, depression, rapid breathing, increased body temperature, self-mutilation (especially in the case of Amazon parrots), feather plucking and they may also be unwilling to go to sleep. 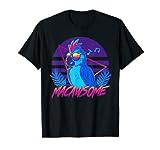 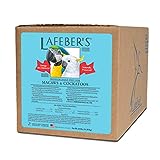 If you’re looking to get a Macaw as a pet, it’s important to note that these awesome animals often live for decades and they only need one partner. In fact, some species of macaws can mate for life!