Skip to content
Do you find the interaction between male and female lovebirds to be fascinating? Ever pondered how to identify their actions or foster a positive environment for them? You are in luck if so! An in-depth study of the relationship between male and female lovebirds will be provided by this tutorial. You’ll discover everything there is to know about these lovely birds, from understanding their mannerisms to providing a safe haven for them. So let’s get going!
Table Of Contents

How to Tell Male and Female Lovebirds Apart

Examining the lovebird’s cere, which is the fleshy area surrounding their nostrils, is the method that is utilized most frequently for making the distinction between male and female lovebirds.

However, due to the fact that certain mutations can create color changes in both men and females, this approach of discriminating between the sexes isn’t always reliable.

In addition, immature birds’ ceres could be colorless until they reach maturity, at which point they will develop their full range of colors.

Examining the lovebird’s behavior as it is attempting to mate with another bird is yet another method for detecting whether or not you have a male or female lovebird.

During the courtship process, male birds have a tendency to be more aggressive than female birds; they will frequently bow up their feathers and produce loud vocalizations as they are seeking their spouse.

When courting, females, on the other hand, tend to be less aggressive and rely more on languid body movements like swaying from side to side or bobbing up and down.

Males, on the other hand, tend to be more aggressive.

Male lovebirds are typically better at solving problems and require more physical stimulation, such as toys, in order to remain entertained.

In general, male lovebirds are also more active than females.

On the other hand, female lovebirds have a preference for more sedentary pursuits, like as grooming their feathers or sitting quietly for extended periods of time.

This means that if two birds are housed together, it is likely that one will assume control of food sources or nesting sites first before allowing access to its companion.

There are not many notable distinctions between genders in terms of health difficulties when it comes to specimens that have been captured in the wild; nevertheless, birds that have been kept in captivity may exhibit different behaviors due to the use of selective breeding procedures.

It’s possible, for instance, that certain characteristics, like the coloration of the plumage, could lead to wild populations having healthier genetics, whereas populations that are bred in captivity might suffer from genetic defects caused by an excessive amount of selection pressure, which would lead to them being weaker overall in comparison to wild counterparts.

In general, however, both sexes of lovebirds should receive the same level of care regardless, as long as their owners take the appropriate steps towards providing adequate nutrition as well as proper housing arrangements and so on – these factors play a larger role in maintaining good health than gender alone does!

Males Vs Females: The Impact Of Diet

It has been observed that males require slightly higher amounts of protein in their diet compared to females.

This is primarily due to the fact that males expend greater amounts of energy while performing courtship rituals, in addition to other activities such as defending territories, etc.

– this is why additional proteins help boost stamina needed for such strenuous tasks as they are required to do.

On the other hand, some study suggests that supplying lower levels can assist lessen aggressive behavior that is displayed during mating season, which would otherwise lead to excessive fighting between competitors who are striving against each other for the same female (s).

In the end, however, nutritional requirements can vary substantially depending on specific circumstances (such as climate and location), which is why it is essential to consult avian experts in advance in order to secure the best possible results!

Socializing With Other Species

Though traditionally maintained mostly as monogamous pairs within home cages, many people today find enjoyment in seeing behavior interactions that take place outside of constrained environments, such as settings where multiple species congregate and interact (ie pet stores parks etc ).

This provides a wonderful opportunity to see how individuals interact to others, especially potential predators, and even possibly to learn about intra-species competition rivalry, which could be helpful in informing decisions for future purchases, hobbies, activities, and similar interests.

Because of this, socialization skills become unexpectedly important, despite the fact that the majority of animals never leave their living quarters.

Despite this, the knowledge learned is an invaluable asset for people who seek to develop healthy relationships amongst animals.

Have You Tried This Gourmet Parrot Food?

We get so much good feedback on these Bistro Parrot Food packs! Our readers feathered friends are absolutely loving it! The best part is, it is suitable for all birds and parrot-types. Parakeets, Cockatiels, African Greys, etc.   Check it out…

We Thought You Might Want To Know This About Lovebirds… 😊 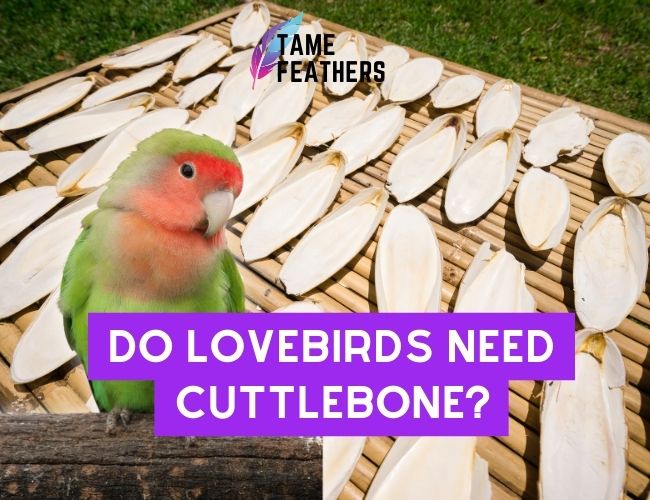